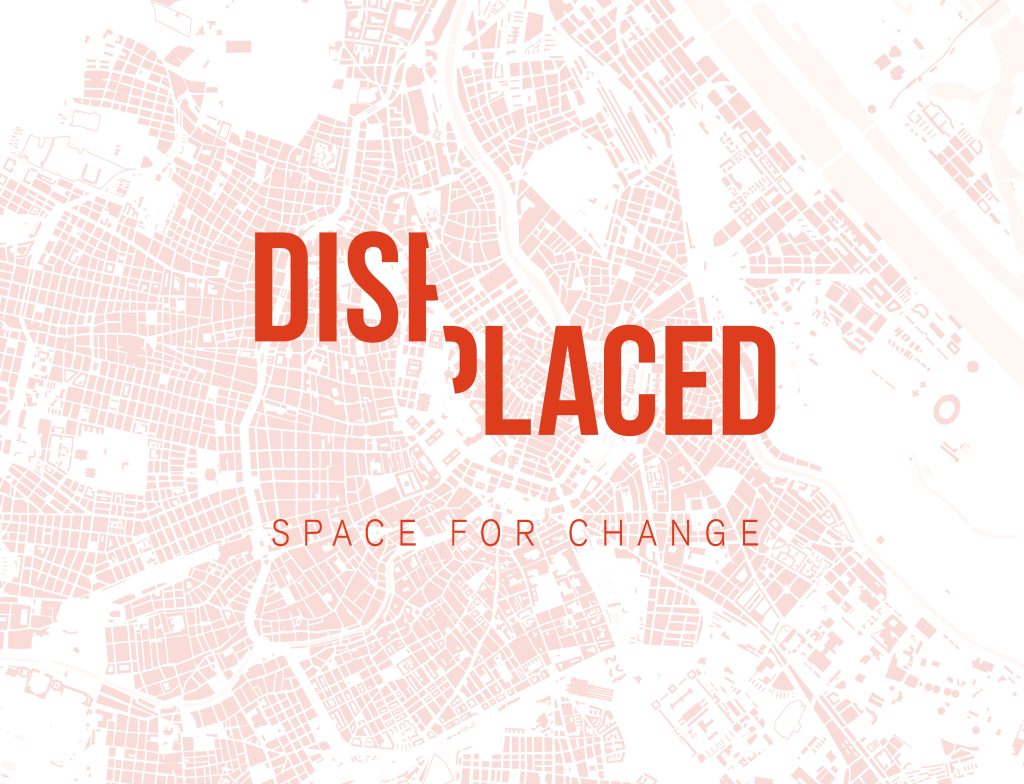 From October 2015 to June 2016, the DISPLACED initiative was present in Vienna’s largest refugee center at the time to establish an open alliance with the building’s management and residents with the goal to create spatial qualities beyond the bare minimum.

On more than 30,000 square meters, new spatial concepts were created, a meeting café and a library were established, a clothing distribution was set up, communal woodworking and sewing workshops were opened, and the precarious sanitary situation was solved. Thus, the house became a model and catalyst for new forms of informal learning in a climate of solidarity.

DISPLACED uses architecture as a tool for integration & identification as well as to oppose isolation. 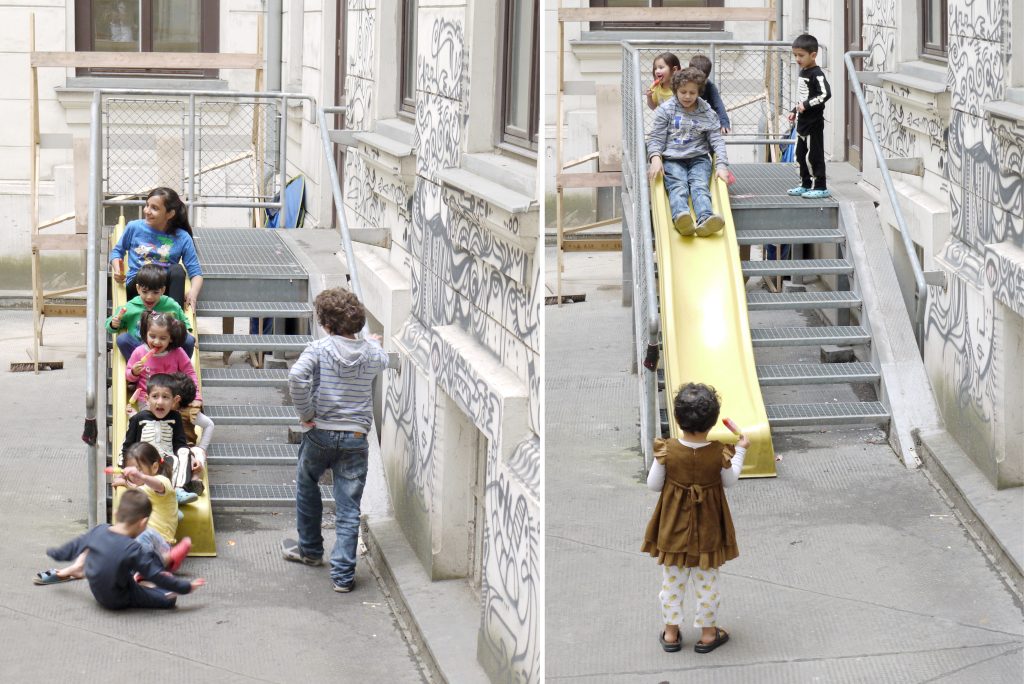 Due to the increased number of refugees arriving in Austria in late summer 2015, the City of Vienna decided in mid-September to open the former tax office in "Vordere Zollamtsstrasse", which had been vacant until then, as an emergency sleeping facility and transit camp for refugees passing through, under the management of the Vienna Red Cross.

A few weeks later, the transit quarter was reclassified as long-term accommodation for refugees, without the house being equipped with the required minimum standards for housing.

Formed in this specific situation, DISPLACED demonstrated how architecture can contribute positively to the integration process of arriving people. 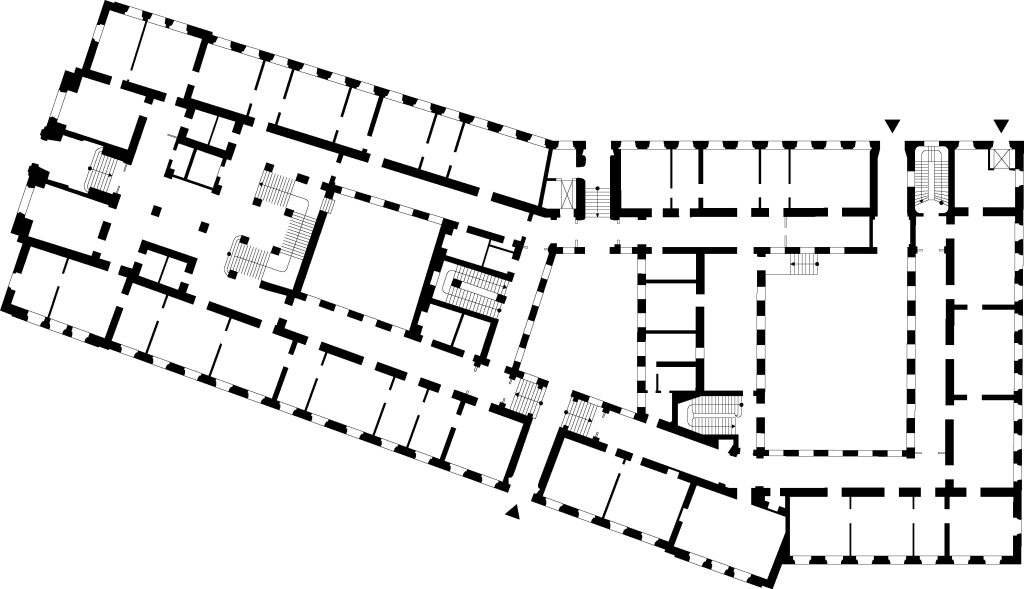 A 30,000 m² vacant office building in downtown Vienna was jointly handed over to the Red Cross by the federal real estate company BIG and the University of Applied Arts Vienna to be used as transit quarters for Syrian refugees. Within a few hours, the space was furnished with camp beds by the Disaster Response Team so that up to 1.250 transit refugees could be provided with food and a place to sleep. 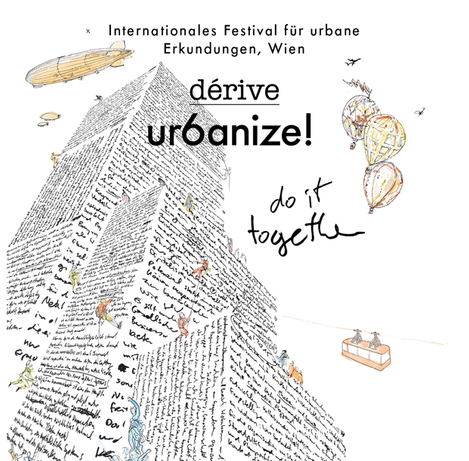 At the same time, the empty office building was actually to serve as the festival headquarters for the annual cultural festival for urban exloration: "Urbanize!" For the organizers, this meant replanning, rebuilding, reorganizing - and turning solidarity into practice. As a result, the festival area was reduced by 50 percent so that the emergency shelter could be installed in the front area of the building. Thus, on October 2 at 7 p.m., the festival opens its doors to visitors and residents.

The festival takes place with the participation of teachers and students from the Faculty of Architecture at the Vienna University of Technology, who were invited to the festival headquarters in the course of an open project week entitled "City, Space and Displacement". The project week addressed on a theoretical level spatial needs of refugees, supportive discourses, strategies and positions for people on the run as well as the development of a fair space and housing policy. 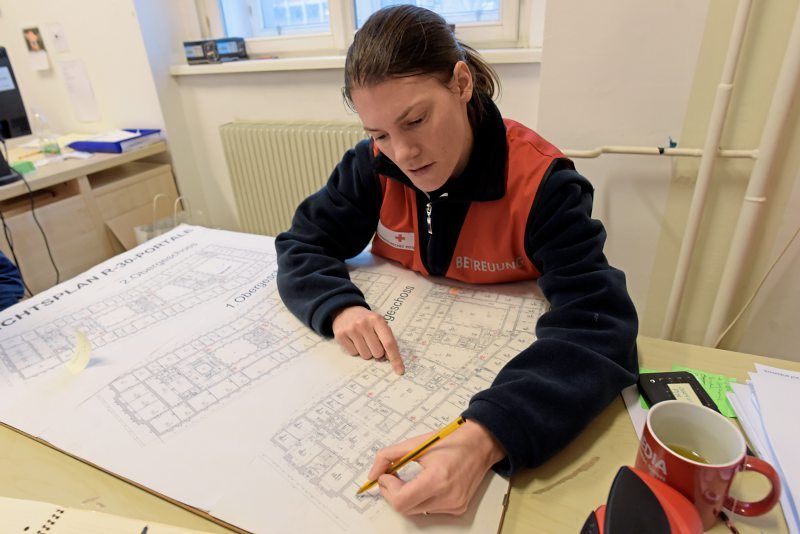 Finding ourselves in the enormous tension between academic discussions in the context of a design festival and the real and urgent needs of the arriving people next door, nine out of 25 architecture students canceled the project week in the actually planned framework spontaneously and instead sought cooperation with the Red Cross. We formed a kind of "open alliance" with the intention to work actively in the refugee emergency quarter and to support the RC with immediate architectural interventions. The director of the building, Martina Burtscher, supported our efforts and endorsed our idea to stay in the building after the end of the festival. She provided space for an office and a workshop, and became our most important partner.

Over the next 4 months, members of what will from now on be titled DISPLACED space for change will set up an wood workshop from donated funds, build a café, have shower containers set up for residents, design community spaces, and build furniture. The goal was to create a minimum quality of stay through pointed spatial interventions that can be developed and implemented together with the residents on site. 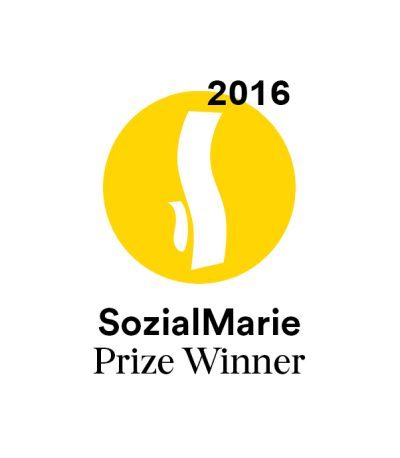 In 2016, the project was awarded the SozialMarie prize. The expert jury's justification states: "Architecture students interfere spatially and thus socially, this shows their responsibility and has a direct effect in improving the quality of life [...]: Creating privacy, designing common spaces, using craft, creative potential, finding aesthetic solutions. Every common work connects, it also distracts, and it makes it possible to find language." 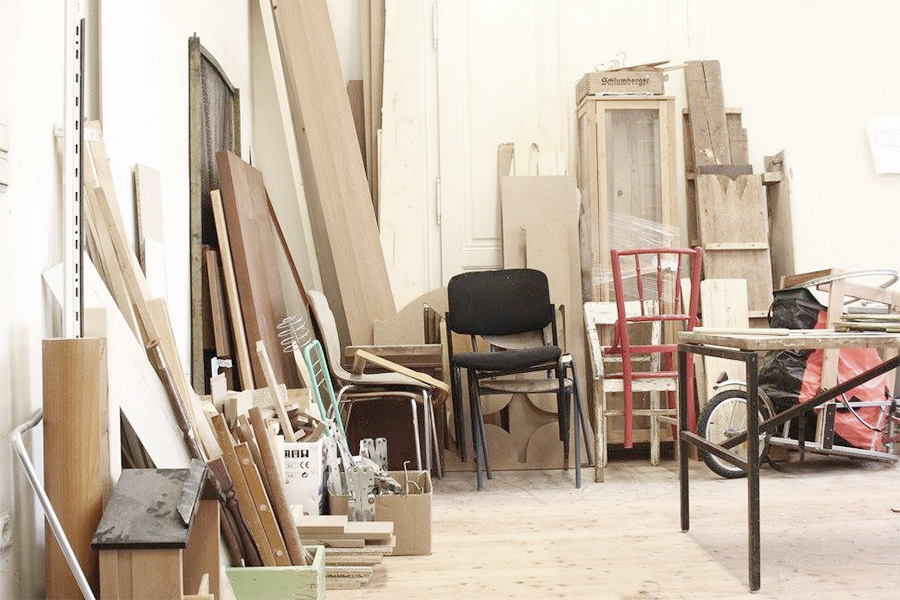 In the following months, the project receives universitary support. A group of 29 students join DISPLACED from now on and are supervised by the core members as tutors. The focus is now increasingly on the community workshops (textile and wood), which were built up from donations and prize funds and have become a central contact point for residents, students, Red Cross employees, volunteers and interested parties. 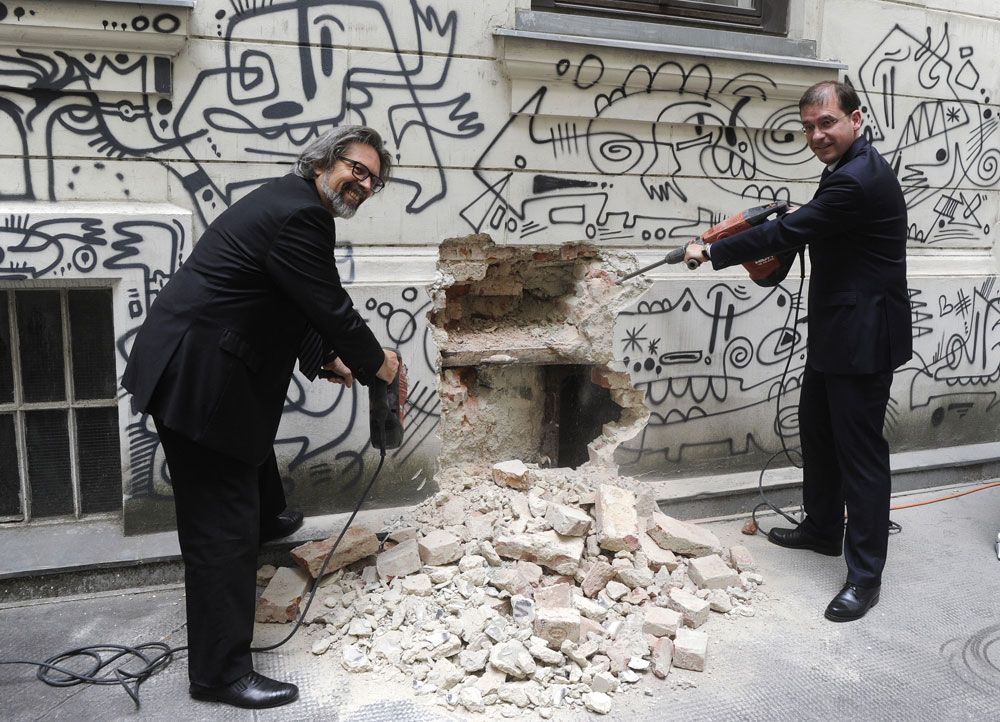 "A good day begins with a drill," said Gerald Bast, rector of the University of Applied Arts, a few minutes before he used a hammer drill to pry plaster off the courtyard facade for the press photographers. The asylum shelter at Vordere Zollamtsstraße 7 is closed for good, as the interim use contract with the federal real estate company BIG ended in June 2016. The quarter was converted into a new branch of the University of Applied Arts.

The built infrastructure of DISPLACED was handed over to TU Vienna, which found a possibility to use a property owned by a holding for urban development on an interim basis for two years. Thus the idea of DISPLACED could live on at a new location, led by two professors of the Vienna University of Technology.

Together with other committed initiatives, DISPLACED has succeeded in implementing numerous measures to improve the spatial and social qualities of stay for the residents through participatory processes. The trust that has been built up between the care organization and the cultural work has resulted in numerous collaborations, a rich range of activities, and in a wealth of interpersonal experiences and relationships between all the actors. 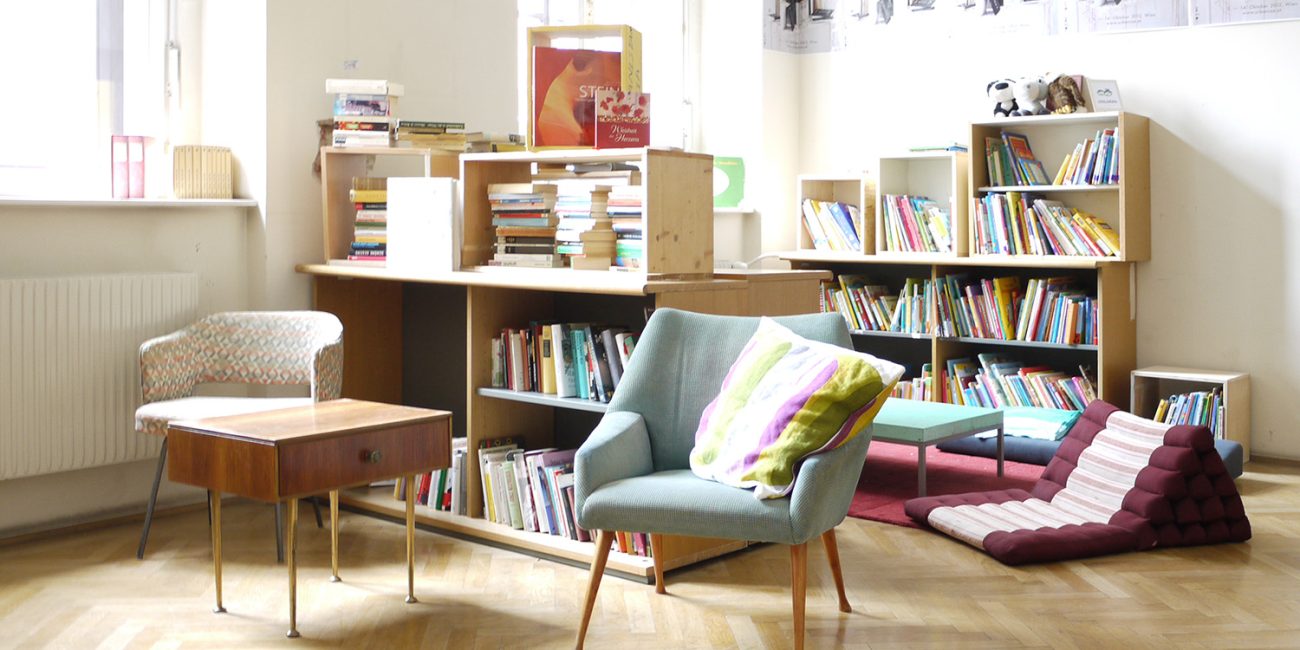 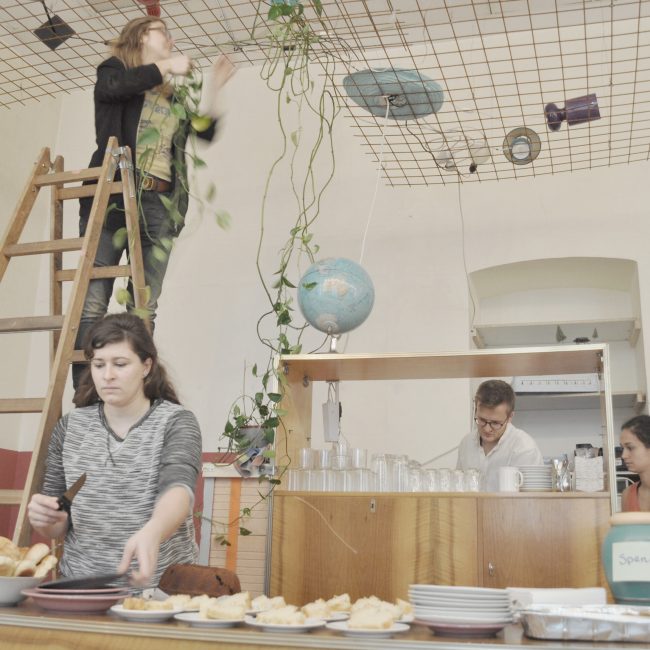 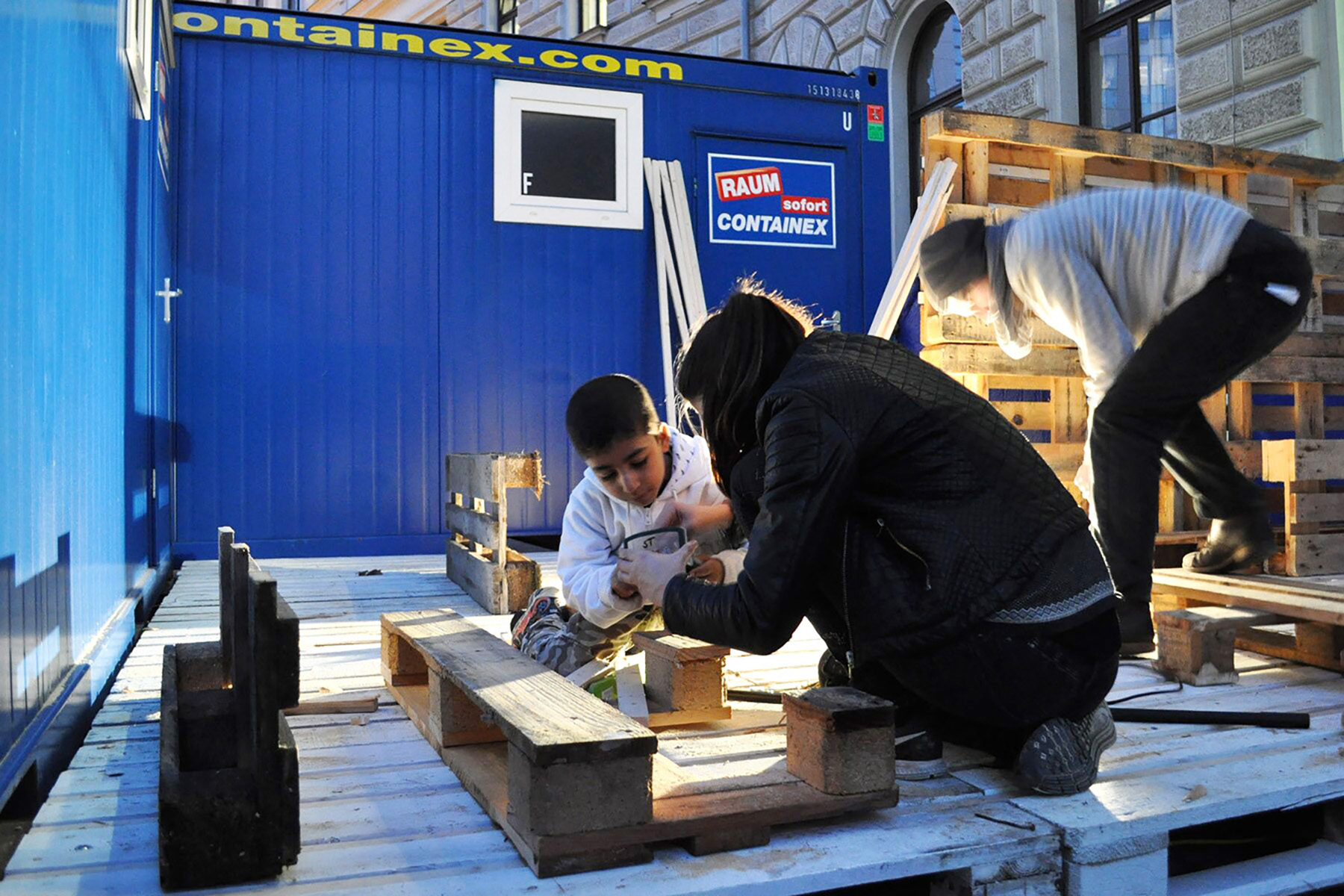 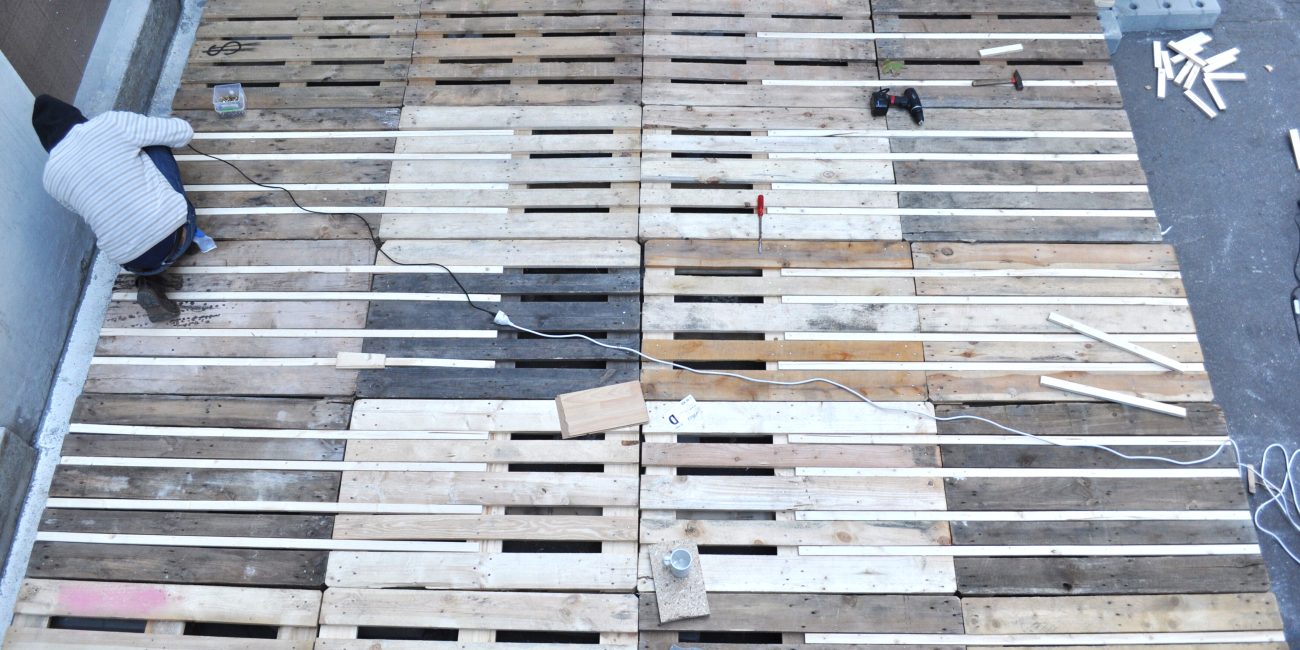 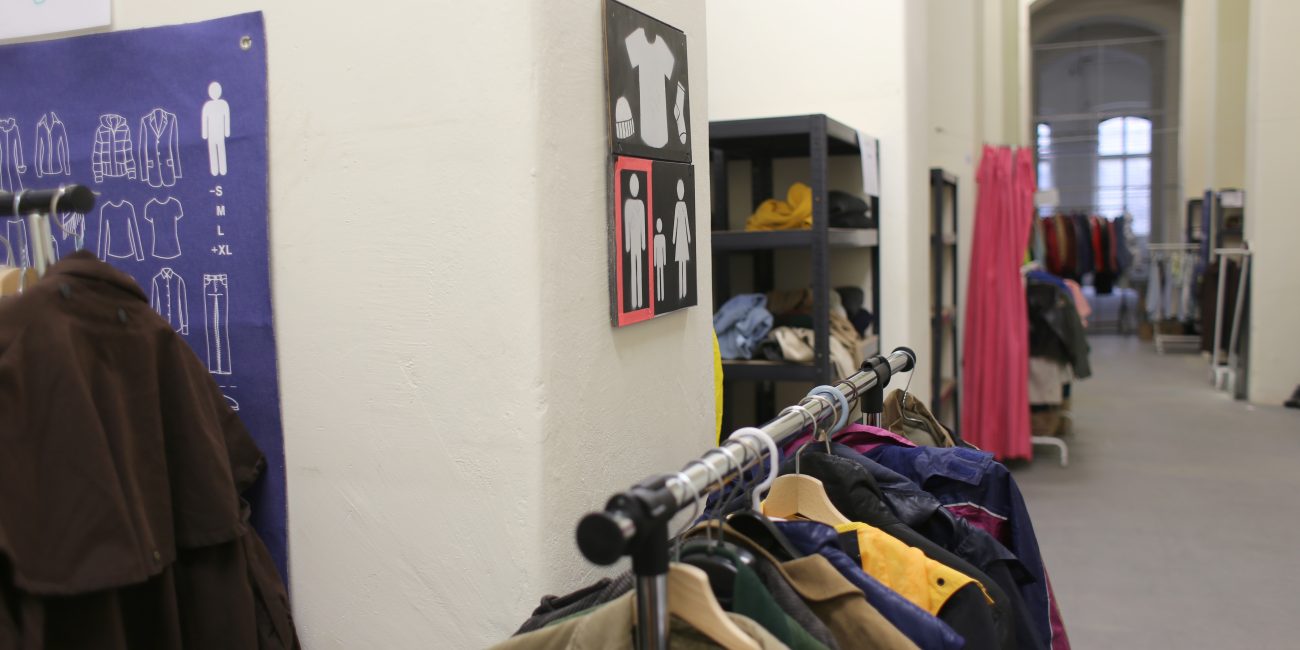 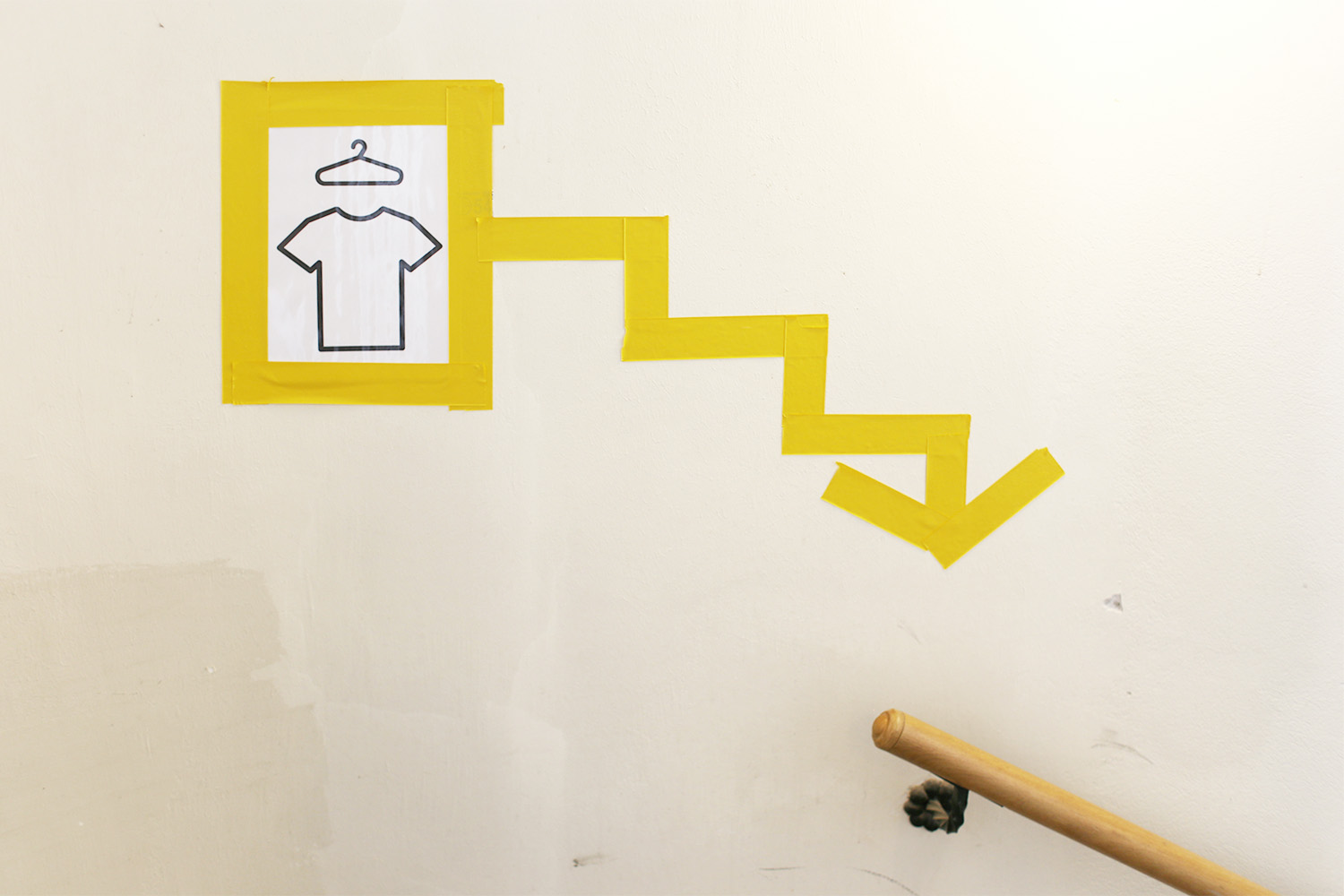 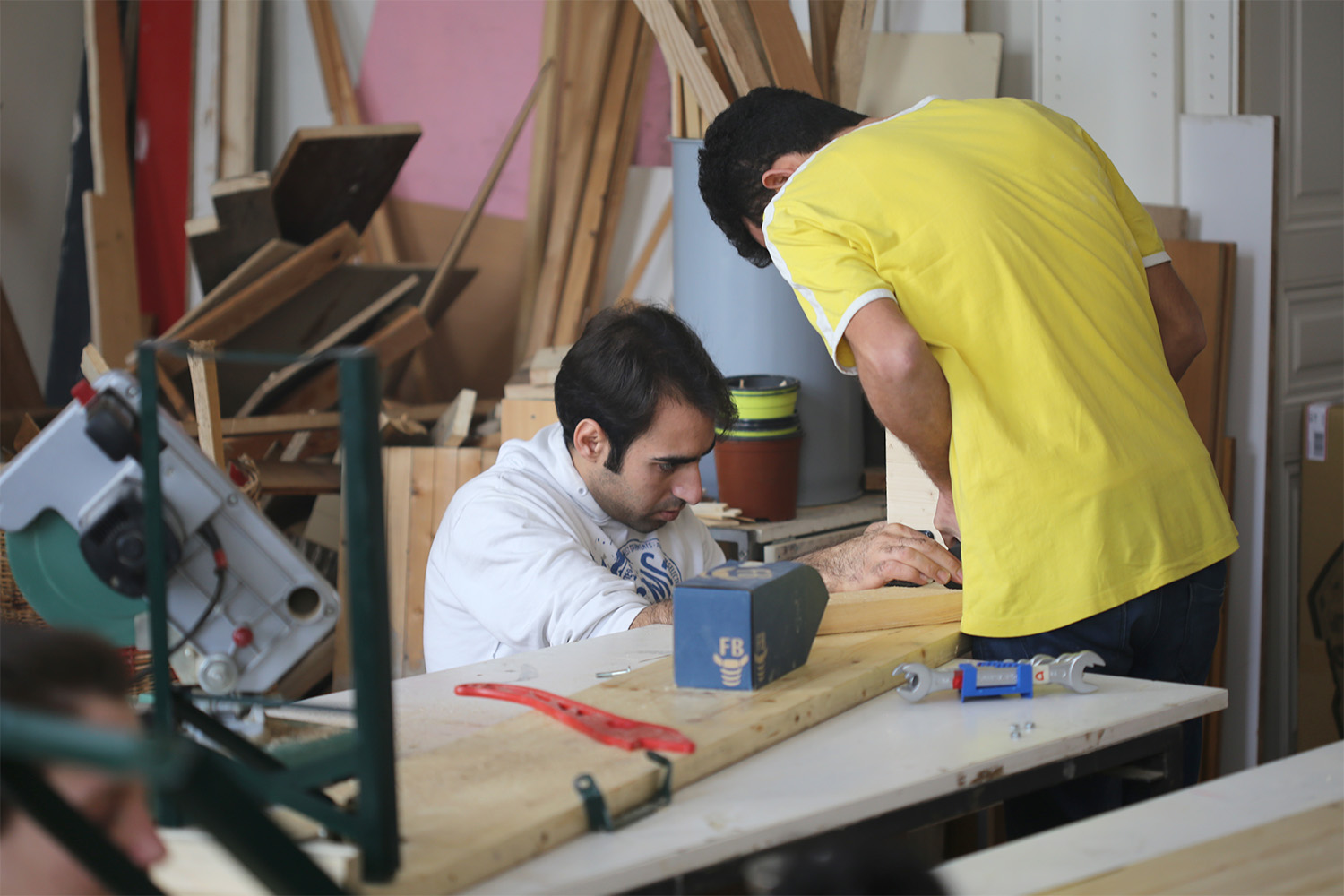 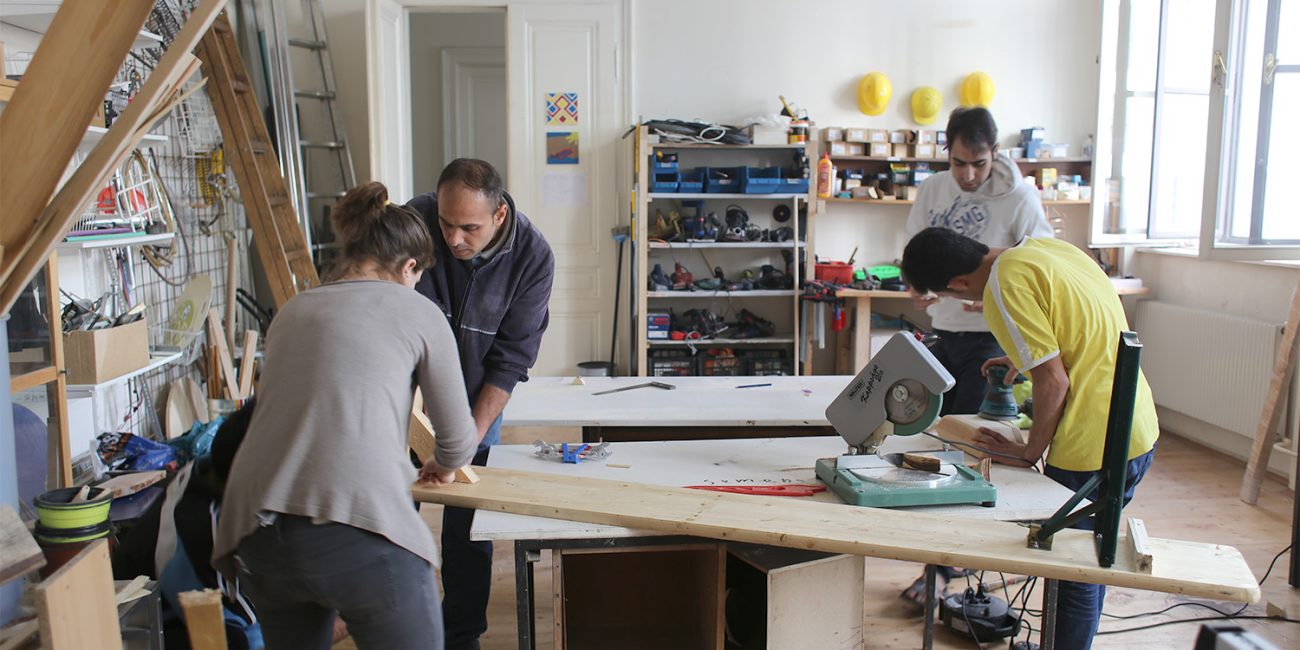 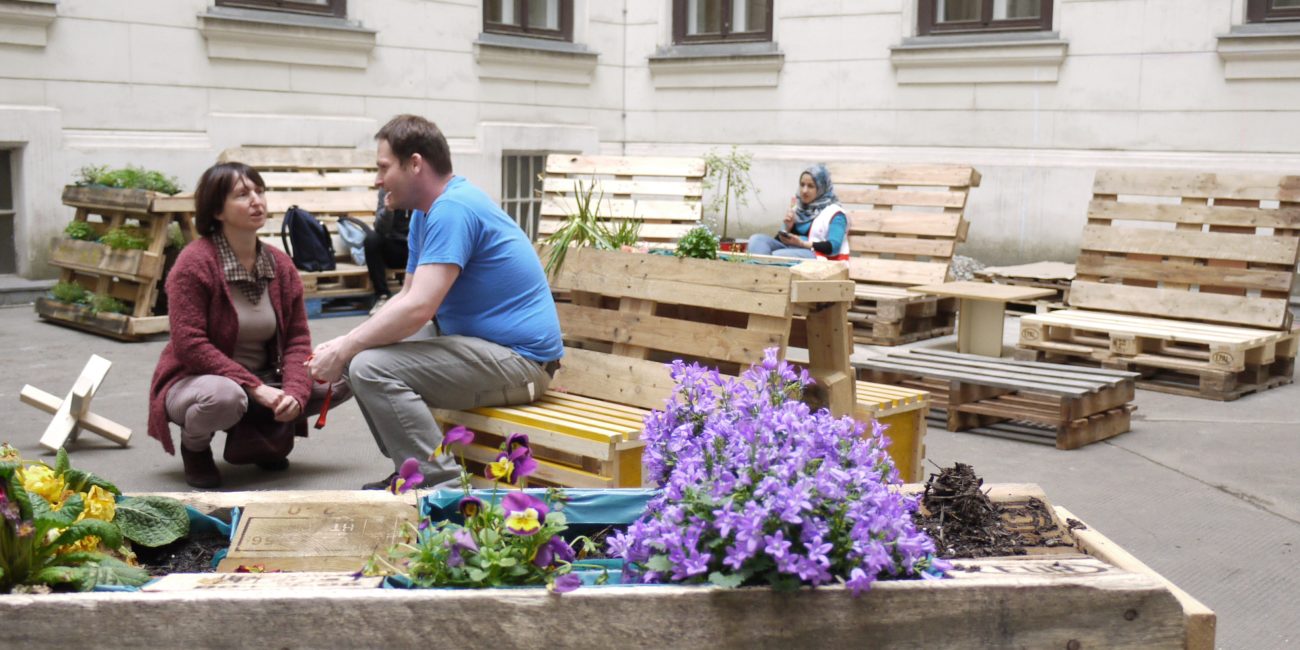 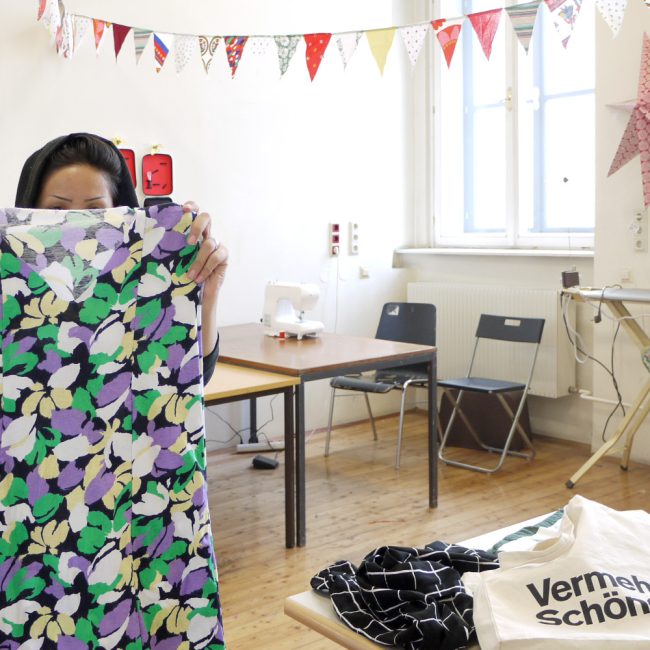