The fascination of the gigantic, empty structure of the ‘MSF’ with its decent charm casts its own spell. The raw and mechanical structure is omnipresent, underlining the experience of industry.

Inspired by its potential, beauty and elegance, the old structures will remain visible and form the framework for an experiential ‘Labscape’. The extraordinary height will be sustained in order to emphasize on the spatial experience and architectural quality. The program, dedicated to scientific research, will be implemented in a cautious and restrained manner in order to accentuate the massive and powerful MSF.

With the aim of forming the visual counterpart to the existing structure, the new design quests for a formless, invisible design. 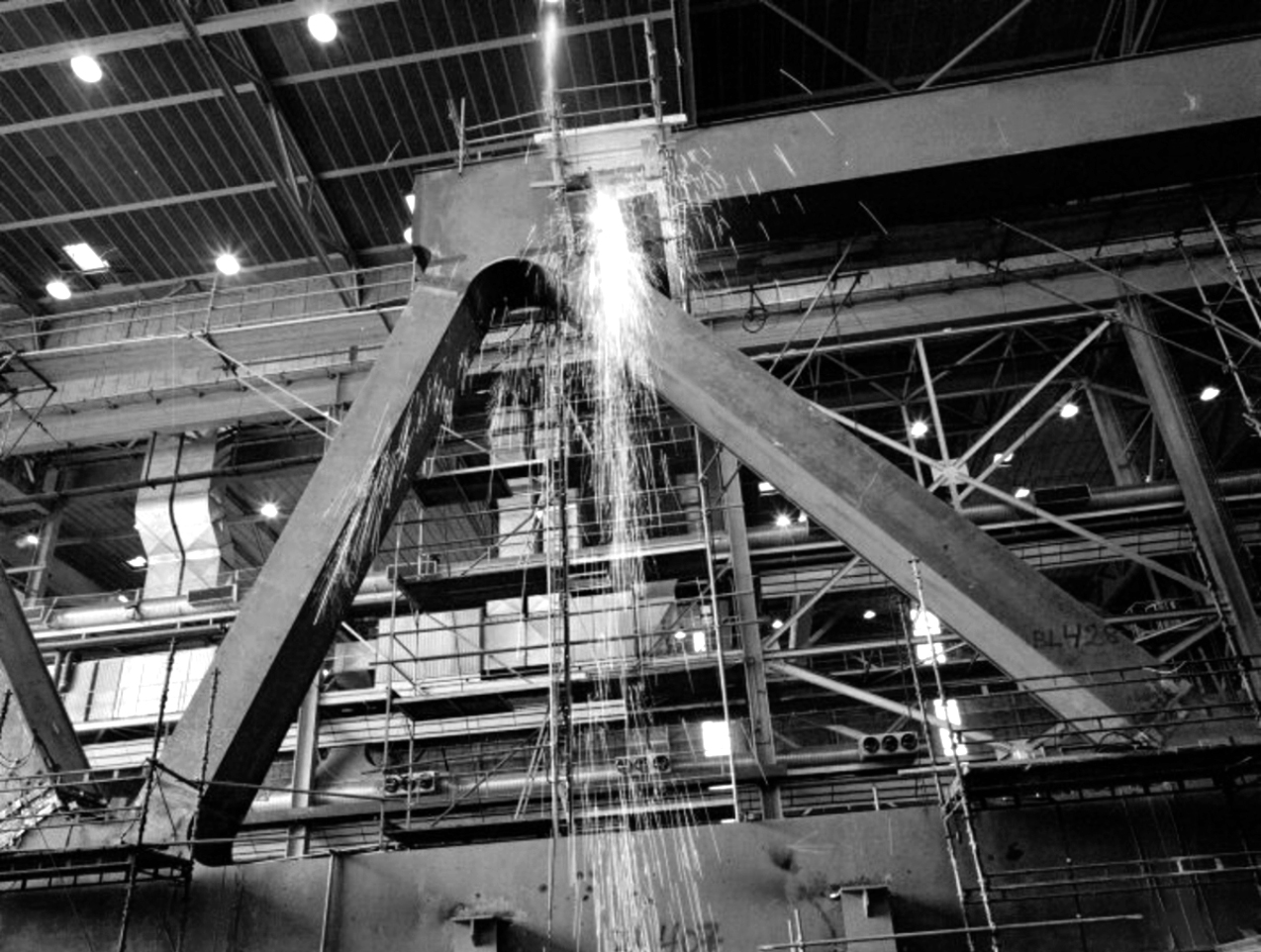 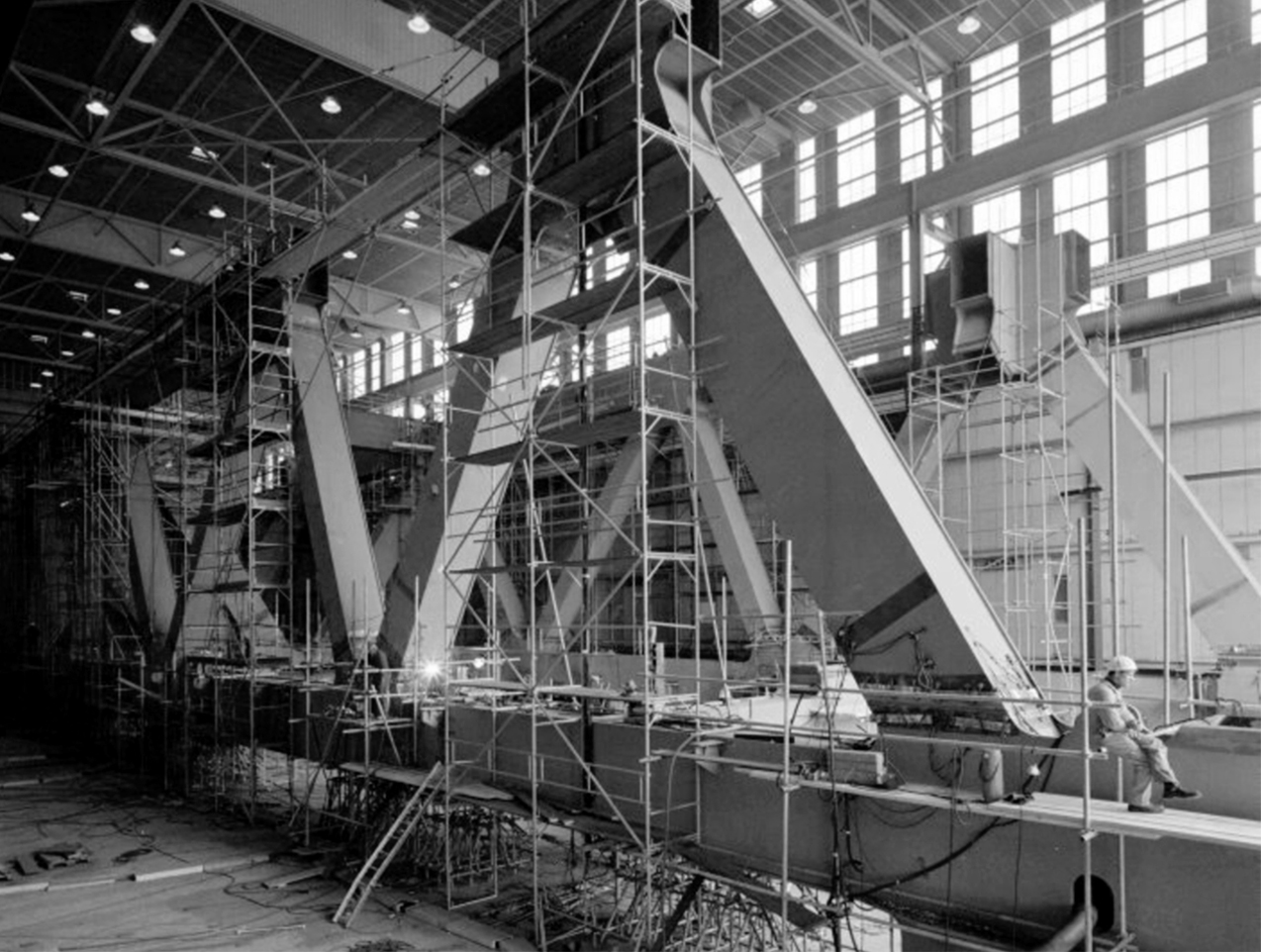 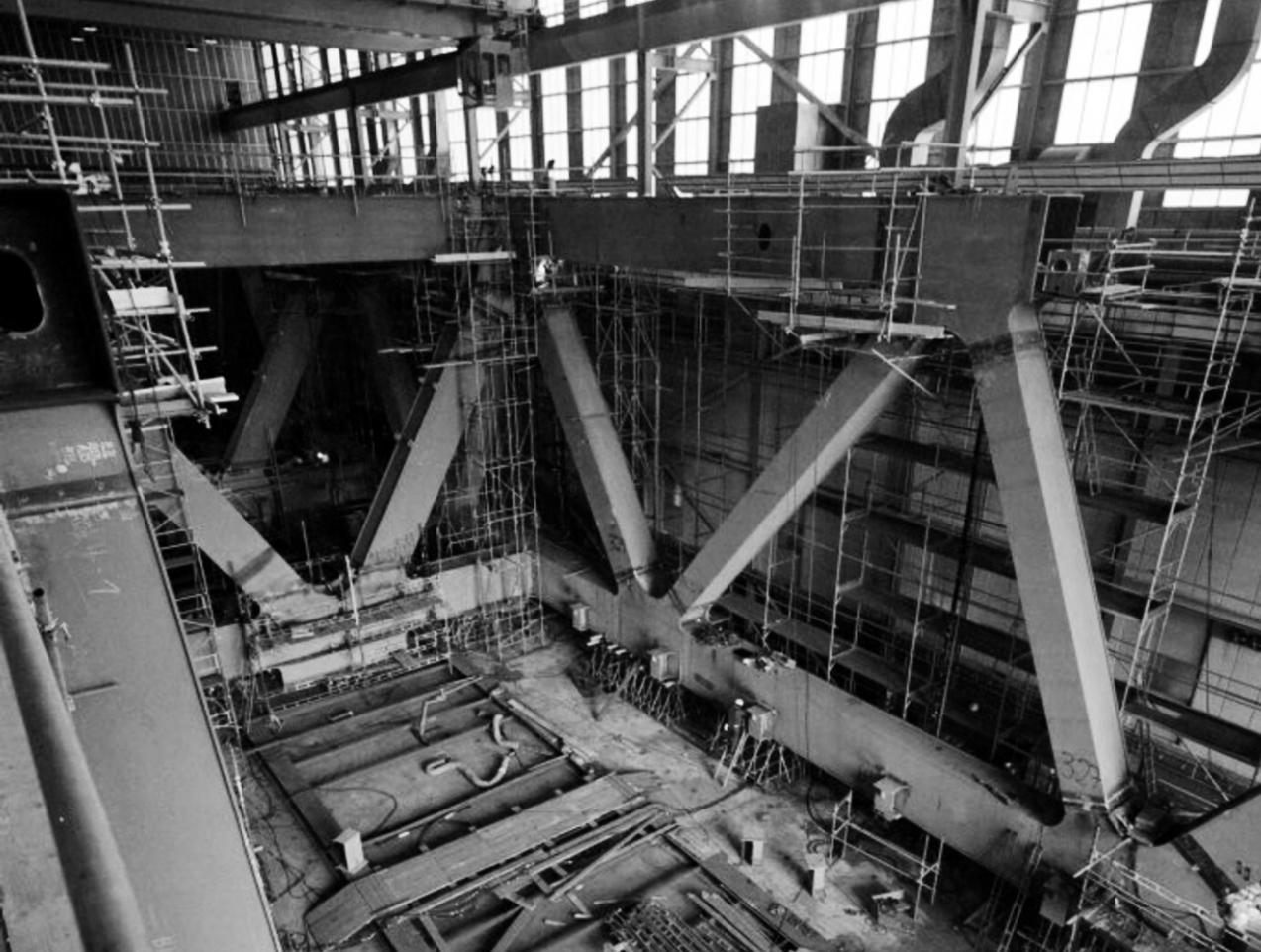 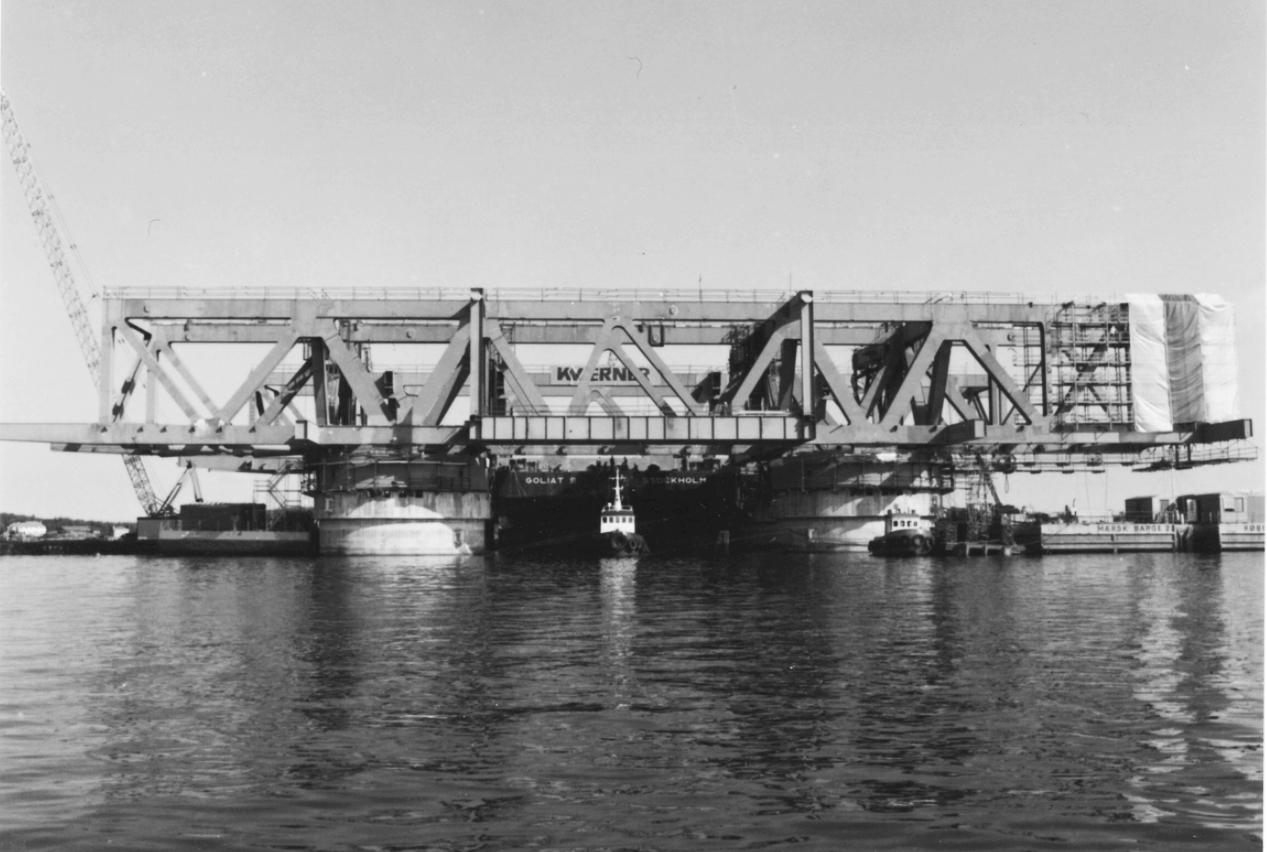 The aim of the design concept is to underline the flowing ambivalence of materiality and space. Glas as the dominant material seems restrained, but deals with intangible aspects such as space, proportions, light, shadow, intermediate zones of different brightness. Room boundaries become indistinct and the architecture seems floating between the massive steel structure. The Old and the New complete each other with opposite properties.

The architecture moves dialectically between exposure and veiling; visibility and invisibility, between inside and outside, between core and shell, between opaque, semi-transparent and transparent, between concept and reality. A state of transition, fragility and ambiguity.

Opening up to the surrounding sea, the marine research center is invaded by nature. The design‘s objective is to be an extension of the surrounding environment, in order to create an atmosphere of spaciousness and vastness. Due to layers of reflection, the design corresponds with the particularly natural light of the north, which leads to a special atmospheric setting and a rich relationship between user and object. 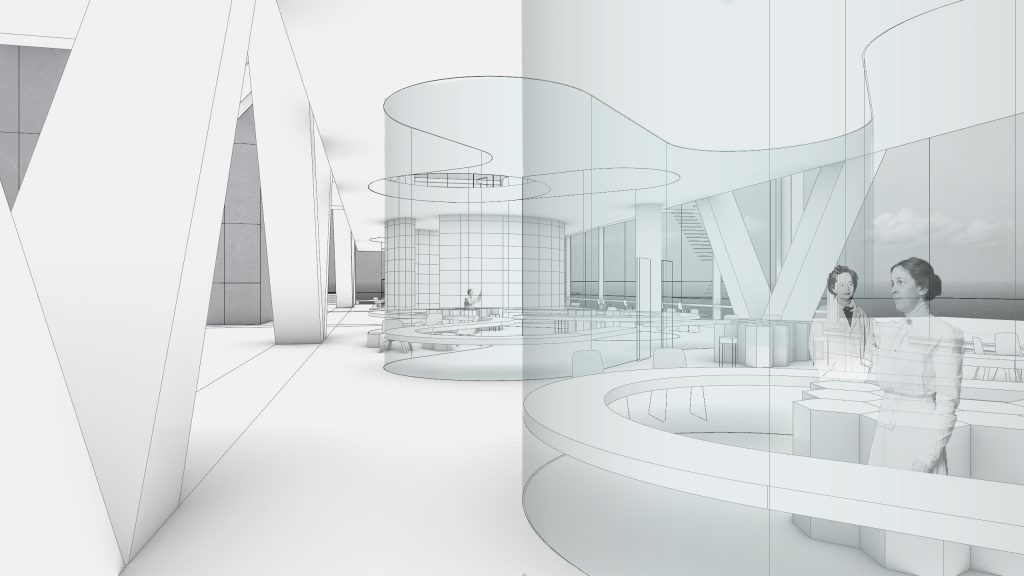